A passion that traveled across international boarders

93 Civic HB SI, 95 Civic HB CX
Joined Jul 27, 2018
·
2,655 Posts
Then to finish off the weekend, also got the splitter supports, cables and tensioners done and tested in their final positions:


This thing is a tank. Remember my goal was to be able to stand in it? Well I can stand AND bounce on it with no issues. Cant wait to see it with the full bumper cover on.

More updates to come! I'll be finishing up Thursday to head to the track, VIR weekend again!

93 Civic HB SI, 95 Civic HB CX
Joined Jul 27, 2018
·
2,655 Posts
Alignment went good. Front toe reset so steering wheel is back straight. Set rear back to stock with the sphericals as a baseline. This way if anything needs adjustment at the track, I'll know roughly how far and in which direction I'm deviating from stock.

Got home, unloaded it off the trailer and took her for a little rip to see how it would do. Its been almost 5 months since I last drove this car properly. Everytime a large gap occurs from time I last drive Grey car, I get reintroduced as to how good the car is on the street, highly impractical, but very good. Cuts corners effortlessly, makes you feel planted and safe. Just like a go kart with warm slicks does.

Since hyperfest, I've driven Aero (green car) as a daily almost exclusively since repairing the MAP sensor problem, so I've gotten to know it pretty well. Grey car is night and day different to Aero. Aero just feels like it wants to kill you sometimes, like McLovin shooting a burning cop car:


Grey car is just smooth when in intense situations, like Archer sipping on a drink in a shootout, still trashy, but calm and collected:

Got a full day tomorrow, will be heading to VIR around 4:30-5PM to set up camp. It's supposed to be very nice this weekend, mid 80's for highs, slightly cloudy, brief shots of rain, but overall nice. Crossing fingers! Will hopefully have the next update trackside!


Air ducting fabbed and installed to hopefully get coolant temps down a bit during tomorrows runs. More to come……

Oldcivicjoe said:
Spent a bit of time off the track? 😃
Click to expand...

Yes haha, the rear end got light and spun going into the turn 10 downhill section.

Entering the braking zone of T10, its a quick hard dab of the brakes followed by smooth lift, and a smooth wide turn in under power once the car steadies after the hard brake, but going 120mph into the braking zone and trying to carry 100ish mph through that downhill corner, she just got too light during the crest. It entered 4 wheel drift mode actually really steady and controllable, but the turbo lag on this beast after I lifted when it started to slide resulted in no power being on tap to pull the front out of the spin, so the rear end continued to rotate.

Ended up in the grass between T10 and T11. Passenger side skirt bent and side pipe autoclearanced lol. Bent it back straight, rechecked wheel torque and tire pressures, an easy first couple laps next run out to make sure wheels werent bent or vibrated or tires flatspotted, weird noises, etc. She lived to run again, thank goodness haha.

The reason for the spin was an insane amount of added confidence in the car. After adding all PCI rear sphericals and actively managing tire pressures on these old ass Federals, it is a night and day difference of what its capable of now, compared to what it was at hyperfest last year. It is sooooo much more controllable. It is steady, and doesnt over rotate in the rear anymore. It is still able to rotate, but now I'M the one who tells it to rotate, vs the car just doing it way too easily against my will and fighting me. I'm no longer pointing heavily left to turn right on Turn 18 on the front straight, and can carry higher speeds in all sections of the track much easier.

The upgrades overall have been fantastic. She just needs a rear wing, some better front brake pads, and some actual race compound slicks, and it will be amazing. Everyone @Soul Engineering and I have talked to so far running all kinds of fast hondas up here, said the number one item that helped reign in control at higher speeds was a rear wing, even with very little overall angle of attack.

It's on the wishlist!! But now my wallet is terribly light after this weekend. All the prep work and equipment/tools/etc. to make the weekend happen just killed the wallet. Need to rebuild funds first....

drtalon123 said:
Yes haha, the rear end got light and spun going into the turn 10 downhill section.
Click to expand...

Well now that you know where the limit is you can practice hanging half a tire past it😁 finding the limit is usually the hardest part, once you know how the car reacts in those situations it builds confidence, and lets you ease out of control and let the car do its work.

93 Civic HB SI, 95 Civic HB CX
Joined Jul 27, 2018
·
2,655 Posts
Just realized that @Soul Engineering was the only one who posted pics of trackside action 2 weeks ago! He sent me some more, this should be everything.

Really need to up our game a bit more with better in car video, but there's just so much going on trackside that it sucks ass to have to manage cameras and stuff too. We're there to race and work on cars, not play amateur videographer! Still haven't really found a good way to balance that aspect!


We got camp set up by about 2am Friday morning. Kitchen on the left side, work bench on the right. Then headed to bed for some shut eye and an early morning, fog over the race track:

We were camped out here in the paddock:

Headed into town for some grocery for the weekend, as well as additional supplies from walmart I didnt get beforehand. Got back and started inspecting and prepping the car. Items on the trackside to-do list:

It was getting late into Friday, and we still had to finish buttoning up the splitter and air dam mods. Had to eat as well:

She was ready to go by 2am Saturday morning. Ate a bit more, but realized I had no fork, so made a retarded one out of mechanics wire:

Ate the noodles, and went to bed for about 5 hours of rest before drivers meeting, classroom instruction and racing started.

93 Civic HB SI, 95 Civic HB CX
Joined Jul 27, 2018
·
2,655 Posts
Woke up at 7, drivers meeting at 7:30. Chris Cobetto always wakes everyone up in the paddock over the PA system singing Frank Sinatra and being wayyyy to happy and overzealous for that early in the morning lol.

Walking down to meeting, saw this nice VW GTI TCR:

Classroom session followed after driver meeting, then out to the track:

On the second run of the day, i noticed going around turn 3 the car would puff smoke out the tailpipe and smokescreen the behind vehicle. I just shrugged this off to "I added maybe a bit too much oil, its probably fine."

Then I came back into the paddock and opened the hood.

There was oil all over the left side of the engine, so lucky there wasnt a fire! The orings on the stick were so old and weak, it took almost zero force to pull the stick out, so this was a my bad scenario. It just popped up, just barely, but enough to puke up oil straight into the turbo air filter below it. See @Soul Engineering using what looks like a mop? Thats because it is a jack handle with about 4 rags ziptied to the end of it to mop up the oil down on top of the splitter!

Couple zip ties around the stick fixed the issue. We only lost about half a quart.

I wrote more about this up above (post #1191), but we did have an off track at Turn 10 over 100mph, evidenced by the free and natural oil dry blessed upon the new splitter lol

Bent the passenger side skirt a bit, but we just bent it back, retorqued the wheels, did a couple lower speed laps paying attention for any issues that might only show up at speed (there were none) and finished up Saturday relatively drama free.

Sunday morning it poured like crazy, but then dried out pretty well by 10am shortly after class (drying my feet and paying attention haha)

Literally wore out the brake pads down to metal. So I did an easy single parade lap on the final session, then called it quits. She'll need new pads for next time!

All in all, it was a relatively drama free weekend. Had lots of fun learning more about the car I've built and how it handles near limits.

The weekend would NOT have been near as fun or as relatively stress free without @Soul Engineering there. I would have about damn near killed myself trying to do everything myself from camp to car prep, I can't thank him enough for tagging along the whole weekend!

89 EF 4wd sedan
Joined Feb 5, 2013
·
1,441 Posts
Hear ya on the video debacle. I use a gopro, and it's either overheating or running out of battery constantly. You gotta think about it constantly or it'll die.

93 Civic HB SI, 95 Civic HB CX
Joined Jul 27, 2018
·
2,655 Posts
So like month later, I have video to share from the last track day. I would have literally nothing if not for @Soul Engineering, the in car video was terrible lol. So shaky and vibrating.

But nevertheless, here is some. 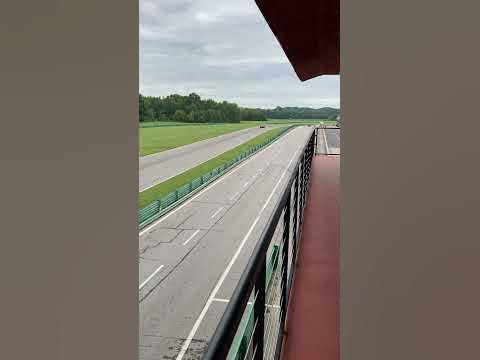 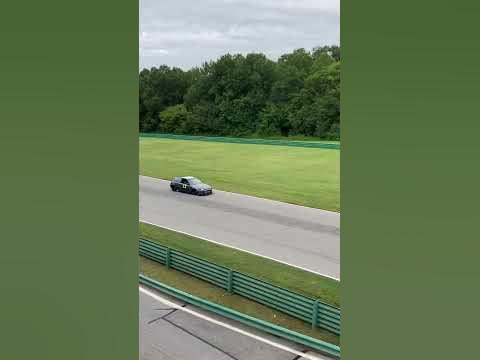 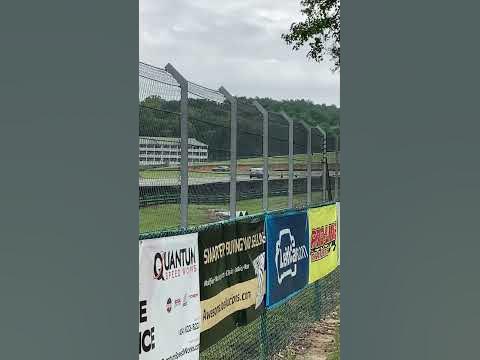 
This one was funny, old dude in a brand new C8 driving SOO dangerously. He was struggling to cope with any kind of pressure or instruction in corners, about going off track a few times, then blasting it down the straight lol. Once his instructor finally let me pass, I never saw him again for a little bit.

Even my instructor was like "what is wrong with this dude?! That car is insane in stock form around this track, he's literally working against everything that car is capable of." Lol.

That's why @Soul Engineering was telling me to pass, but I was scared of being anywhere near that C8 in a corner haha. This was a repeat occurrence every session with this C8 driver, his instructor was being his mirror for him. That instructor was a serious sport for sticking through it session after session haha. 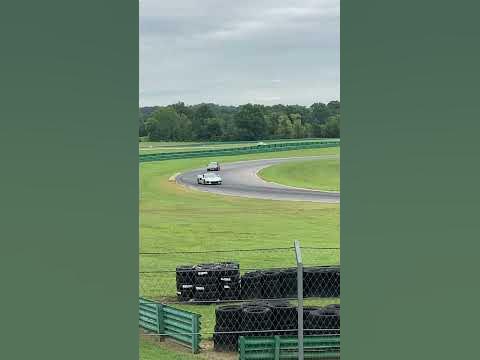 I'll be bringing Grey car for sure, hopefully with @Soul Engineering's convoy, but may have some guest drivers bringing Aero. It would be cool to have them both there!